Philippe Petit is a French actor and director,  (Crime, 2010, Insouciants, 2004 and Delicacy, 2011). Produced by Emma Lepers,  documentary Danger Dave is a fruit of his five years long work, to be released in 2014. Regarding his Croatian premiere on the Vladimir Film Festival 2015, we made a small interview with the director.

What is you connection with skateboarding? Were you linked to it before you started working on Danger Dave documentary?

Did skateboarding influenced your way of filming in any way?

Your  film is being screened on various festivals. Is there any difference in it’s acceptation between skate public and non-skate public?

What trace did this five-year project left on you?

Do you see yourself working on something similar again or are you going to take totally different directions?

What is your next project?

Have you got any dream project you would like to work on?

Have you ever been to Croatia? Vladimir film festival is a small festival dedicated to skate videos and we’re very happy to have you in person for the screening of your documentary. What are your expectations? 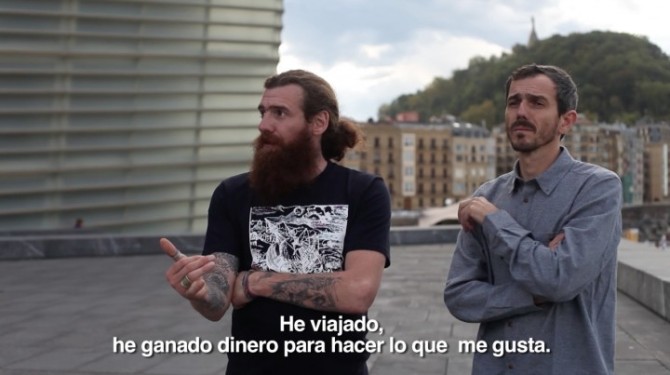